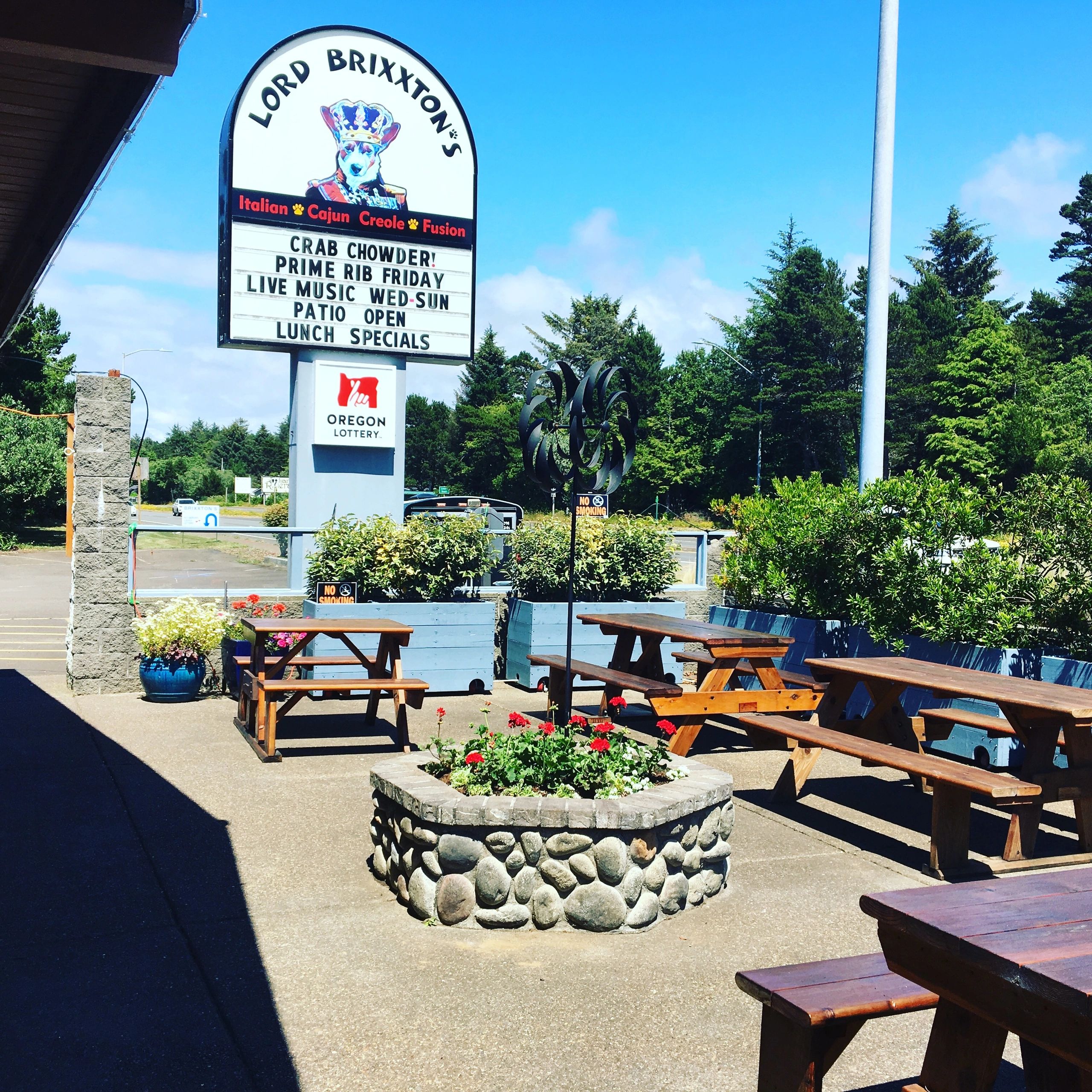 The Lord Brixxton's Family Welcomes You!

As we together face the need to adapt to the risks of the coronavirus, we want you to know that Lord Brixxtons is taking extra steps to ensure a clean and safe environment for staff and customers.   We have decided to suspend all business at this time.  Thank you so much to those who used our take-out service, and we hope to open again soon for take-out and/or delivery. Please be safe and take care of yourselves!!!

We are ready to help you celebrate your Birthday! Anniversary! or Wedding Reception at Lord Brixxton's.

WE CAN CATER it as well!

Stop by Lord Brixxton's and give us your date of event and we can discuss more in person.

Come join us Wednesday through Sunday for live music with various groups such as The Dalby Gang,, Front Porch Thang, June Rushing Band, and many more!

WE HAVE VIDEO LOTTERY!

We have four amazing machines with an array of games to choose from.

Our History: Fine Food, Fresh From Our Kitchen!

Some of you may remember that when Lord Brixxtons first opened on August 14, 2017 there was an adorable picture of a Jack Russell terrier, Brixxton - a loveable energetic dog who was sighted around the restaurant from time-to-time.  Unfortunately, Brixxton the dog is no longer with us; however, his loveable spirit remains and the Lord Brixxtons legacy carries on in his name.  Notwithstanding Brixxtons absence, Lord Brixxtons restaurant and lounge  remains the go-to-spot for good food, great music, lottery games, and a hometown lounge feel.  We will miss Brixxton, and our love of dogs will always remain strong!  A new chapter begins for us.....

Born and raised in Eugene, Oregon, our Owner has spent time in various parts of the country and the world - New York City, Los Angeles, New Orleans, Italy, France, Hong Kong spending time with the locals that live there, and enjoying various authentic dishes.

When Brixxtons opened, the Owner's love of Italian food and Creole Food was brought to the Oregon Coast with a fusion type of menu to tantalize even the most discerning palate.

As Lord Brixxtons continues to grow and evolve, we will be updating our menu from time-to-time to include fresh fish dishes, an assortment of artisan pizza options, fresh-homemade pasta dishes, and homemade desserts!

We hope you will stop by on a regular basis to sample some of our new dishes.  And, as always, Prime Rib Fridays and Baby Back Ribs Saturdays will remain.

While the name has literally nothing to do with the cuisine we offer, the Owner wants everyone to know how important her four legged fury friends are to her, and she welcomes them as well as your beloved fury pals to dine at Lord Brixxton's when the outdoor patio is open.

Sign up to hear from us about specials, sales, and events.

Better yet, see us in person!

We love our customers, so feel free to visit during normal business hours.

Drop us a line!